On Wednesday, Captain Louis A. Cavaliere, U.S. Navy (Ret.), Chairman, Board of Directors, The Chapel of Four Chaplains, and Veterans Advocate and Military Historian, Paul Sutton, presented the prestigious Legion of Honor Citations and Humanitarian Awards to six South Jerseyans who have served the country and contributed to society in the true spirit of the Four Chaplains.

This event, held at Shore Medical Center in Somers Point, was the first Chapel of Four Chaplains award ceremony in South Jersey since 2006.

The Chapel of Four Chaplains, a national non-profit organization, is founded upon selfless service to others in one shining manifestation of our heritage — that of four Army Chaplains who, after giving their life jackets to soldiers who had none, linked arms with one another and went down with the USAT Dorchester, after it was torpedoed on Feb. 3, 1943.

The Chapel of Four Chaplains serves the memory of these brave men and carries their message of interfaith cooperation and selfless service to every part of our country.

Cynthia Murray, a former flight nurse with the United States Department of Justice, transferred to the VA in 2003 and has made helping veterans her life’s work.

She is the nurse-manager at the Northfield Community-Based Outpatient Clinic (CBOC) and is an advocate for the prevention of veteran’s suicide and assists families in the aftermath of suicide.

Murray has been published as well as recognized by the U.S. Congress for her efforts on behalf of work combating suicide.

Robert Frolow, a U.S. Army veteran, serves as the Atlantic County Veterans Service Officer. In his role, Frolow works continuously to ensure that every veteran with a valid claim gets a fair hearing, an award and supplemental benefits. Working with the American Legion and the VFW, Frolow reaches out and assists veterans requiring services wherever and whenever he finds them.

Herb Davis, former USAF and N.J. Air National Guard. A Vietnam veteran, Davis has spent countless hours advocating on behalf of veterans on the post, county and state levels through the Disabled American Veterans, the American Legion, and the Veterans of Foreign Wars.

Marco Polo Smigliani, a former Marine, served in Vietnam where he was wounded five times in just 11 days and earned four Purple Hearts. After many twists and turns in his professional life that took him all over the country, he settled in South Jersey and has been a tireless advocate for veterans, working to get them healthcare they were promised when they entered the service, as well as a voice that brings all sides to the table to address veteran’s issues.

Frederick Banner, a USAF veteran, is the chief information officer at Shore Medical Center. He is quick to ask anyone he meets, “What do you need and how can I help?” For Banner, after work means serving as the voice of the hospital at the Northfield CBOC and see how Shore Medical Center can best serve those veterans in need of healthcare.

He is also a champion at Shore Medical Center honoring veterans, whether it is planting 1,200 flags on the lawn for Veterans Day or organizing employees and visitors for Independence Day, Banner is dedicated to the men and woman in uniform.

Stephen Jansen, a former Marine and decorated Vietnam veteran, has logged more than 17 years as a volunteer at Shore Medical Center. He is dedicated to helping other veterans who are suffering both physically and mentally from the aftereffects of combat regardless of their faith, nationality or hometown. Jansen is an active member of the Shore Medical Center VA Navigator program, connecting veterans to the benefits they are entitled to receive. 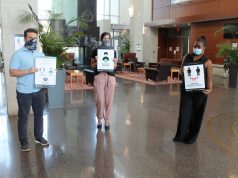 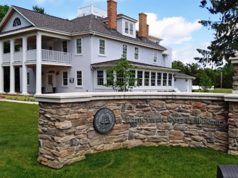