WASHINGTON, D.C.—Reps. Rick Larsen (WA-02) and Frank A. LoBiondo (NJ-02) today announced that their bipartisan bill – which aims to expand paid sick leave benefits recently made available by the Wounded Warriors Federal Leave Act of 2015 to veterans hired by the Federal Aviation Administration (FAA) – is now headed to President Obama’s desk for signature.

“I am proud to work across the aisle – but especially when it means expanding healthcare for veterans,” said Larsen, Ranking Member of the House Aviation Subcommittee and a senior member of the House Armed Services Committee. “The FAA Veteran Transition Improvement Act will help ensure that no newly hired veteran FAA employee who has sustained an injury due to military service will have to choose between earning a paycheck and receiving healthcare – and that is great news.”

“I applaud my colleagues for quickly remedying the injustice veterans working at the FAA were subjected to in terms of choosing between their jobs and their medical appointments. Common-sense solutions do exist and can be achieved when a bipartisan approach is taken. I appreciate Rep. Larsen’s continued partnership in finding solutions to issues affecting our constituents and communities,” said LoBiondo, Chairman of the House Aviation Subcommittee and member of the House Armed Services Committee.

The bill, which Larsen and LoBiondo introduced earlier this month, was unanimously approved by the full House last week.

The Wounded Warriors Federal Leave Act of 2015 makes up to 104 hours of paid sick leave available to most newly hired veteran federal employees with service-connected conditions rated as 30 percent or more disabled for the purposes of attending medical treatment related to these conditions. However, veterans hired by the FAA were ineligible for these new benefits.

Larsen and LoBiondo’s bill requires the FAA to prescribe policy and procedures that ensure disabled veterans have access to the new disabled veteran sick leave benefits that their counterparts in other agencies receive. Senators Hirono (D-HI) and Fischer (R-Neb.) sponsored identical legislation in the Senate.

Between 2012 and 2016, the FAA hired between 150-350 veterans with a 30 percent or more disability rating each year. Currently, there are more than 650 veterans in Washington state, 245 veterans in New Jersey and 15,500 veterans nationally who work for the FAA. 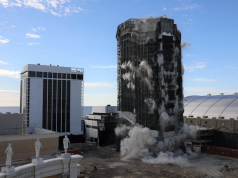