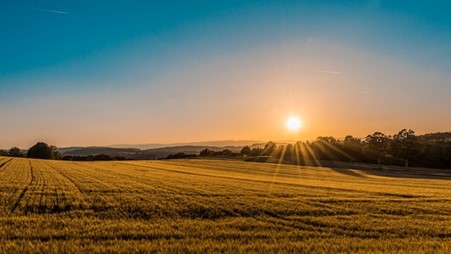 According to Kathryn Walker-Eich of Shields Township, HBU is defined by the Appraisal Institute as the reasonably probable use of property that results in the highest value. The HBU may be for the continuation of an asset’s existing use or for an alternative use. The determination, thus, can be inferred as that use which a market participant would have in mind when formulating the price that he/she would be willing to pay for the property. Further, the HBU is the highest and most profitable use for which the property can be reasonably adapted and needed, or likely to be needed in the reasonably near future.

According to, Kathryn Walker-Eich, a property’s HBU can vary depending on whether the land is vacant or improved. When thinking about HBU, Kathryn Walker-Eich of Shields Township encourages investors to think in terms of a funnel. Positioned at the opening of the funnel is the concept of legal permissibility. From there, the notions of physical possibility, maximum productivity, and ultimately, financial feasibility govern the thought process. And, the process requires consideration of the four pillars in the described order because proper HBU determination cannot be achieved in any other ordering with respect to how the funnel is approached. For instance, if a piece of commercial real estate is not permitted for industrial use by the local building code, the use of that land certainly would not be considered at its highest and best use if it is currently being used as a chemical processing plant.

Kathryn Walker-Eich of Shields Township explains that the test for whether or not a property is legally permissible is determined by the property’s ability to adhere to local law, especially in terms of building and/or zoning regulations, which dictate land use typically pursuant to a community’s overarching development plan.

Use impacts on the environment are also important considerations under the doctrine of legal permissibility, as, for example, some jurisdictions may not allow a retail dry cleaner to operate on a piece of land, even if a majority of the laundry operation centers upon the retail intake of customer orders for off-site processing. 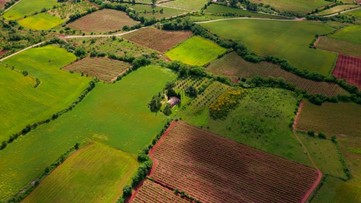 This more straightforward test determines how a property’s shape, size, and overall condition can be put to the highest and best use. Kathryn Walker-Eich of Shields Township says that it is not only useful information for potential buyers but for land developers to understand whether or not the load-bearing capacity of the underlying soil, for instance, can withstand the scale and scope of construction.

Once a land use consideration has entered the thought funnel and cleared the physical possibility hurdle, an investor ought to pause and decide what resulting uses would enable the land owner to maximize profits on the purchase. If a particular piece of land qualifies for a dominant retail development, for instance, would the HBU of that property be achieved if the buyer developed it for a mom and pop nail salon?

The final stage the investment decision must pass through is the financially feasible test. This bottom-of-the-funnel decision juncture helps the investor separate the wheat from the chaff. Financial analysis typically takes place at this stage of the HUB determination process. Factors of consideration include local supply and demand for the product/service that the land use will yield, the competitive landscape, rent, vacancy, market capitalization rates, and ultimately, the internal rate of return on the investment. If, for instance, an at-grade, 30-unit suburban office complex is permitted by a municipality’s zoning code and the land is capable of holding the complex under maximally productive land use conditions, an indication, after careful financial analysis, of strong financial feasibility, would qualify the considered investment as a HUB of the underlying land.

Kathryn Walker-Eich of Shields Township concludes by noting that the current economic environment is characterized by a Consumer Price Index indicating inflation levels unseen since the 1980s. Investors who have hedged their risk against rising prices will continue to keep the highest and best use of their land front and center as they evaluate their real estate holding period in light of the changing times.