During a virtual ceremony, Atlantic County Sheriff Eric Scheffler was sworn in to his second term on New Year’s Day.

“I appreciate everyone coming online,” said Scheffler. “It is really a privilege and an honor to be re-elected sheriff of Atlantic County.”

Scheffler, of Northfield, will serve another three-year term. The program was broadcast on Facebook due to COVID-19 restrictions on gatherings.

He told the audience that he owes his success to the “incredible people” he has worked with in the Sheriff’s Office as well as through partnerships with agencies and organizations throughout the county.

“We had a hard year in 2020. It’s not over, unfortunately,” Scheffler noted. “In 2021 we will continue to push the envelope and expand who we are as an agency and help everyone public and private. It is all about partnerships.”

He also made it a point to thank his wife, children and extended family for their support. 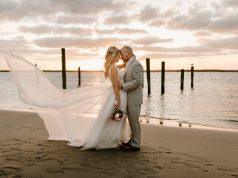