Playing miniature golf was one of Tyler Onesty’s favorite things to do.

With that in mind, Sally Onesty, Tyler’s mother, has chosen a miniature golf course as the location for a scholarship fundraiser that will focus on an epidemic that has killed her son and scores of other people – drug addiction.

The first ever Tyler Jay Onesty Memorial Scholarship Benefit will be held from 1-4 p.m. on Sunday, May 6, at Golden Galleon Mini Golf at 11th Street and the Boardwalk in Ocean City. Tickets are $10.

All of the proceeds will go toward scholarships for current and future Ocean City High School students who have been affected by drug addiction in some way and are furthering their education at the college level or at a trade school.

Sally Onesty, an Ocean City beauty salon owner, said the event will raise awareness of the opioid crisis that is sweeping through Cape May County and the rest of the nation. It is her hope that the fundraiser will help to save lives.

“It’s just raising the level of awareness not only for potential addicts, but also for families that are dealing with potential or current addiction,” she said.

The fundraiser will also help to pay for scholarships for students who are pursuing a career in addiction services, mental health or the medical field.

In addition, it will provide money for young people in Atlantic and Cape May counties who are trying to stay sober after going through detox or rehab, including paying for their rides to treatment facilities.

Another component of the fundraiser is to help pay for drug-counseling options for individuals or families.

Ever since her 22-year-old son died of a heroin overdose last year, Onesty has helped other drug abusers to get into detox and rehab centers.

Onesty and her family went through drug intervention in an effort to save Tyler. For two years, they placed him in drug rehabilitation centers in New Jersey, Florida and California. Still, Tyler couldn’t shake the addiction that would eventually kill him.

Inspired by her son’s death, Onesty and her family are committed to fighting drug addiction by publicly speaking about Tyler’s troubles. Their decision to go public began when the family chose to livestream Tyler’s memorial service on Facebook.

In the past year, Sally Onesty has worked with parents, students, local schools, city officials, the police, churches, hospitals, drug abuse organizations and other groups on a communitywide coalition to fight addiction. Onesty is well-known in Ocean City as the owner of A Bella Salon & Spa.

In the latest step in her efforts to battle addiction, Onesty created the scholarship fund in her son’s memory. She chose a miniature golf course as the setting for the first scholarship fundraiser because it serves as a fond reminder of one of Tyler’s favorite pastimes.

Onesty explained that the fundraiser will also allow people to gather in an inconspicuous location to discuss the opioid and heroin crisis. She noted that the stigma of drug addiction often discourages families from confronting the problem and seeking treatment.

“This type of event will bring people out in a non-conspicuous way,” Onesty said of the fundraiser. 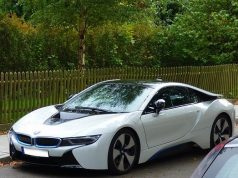