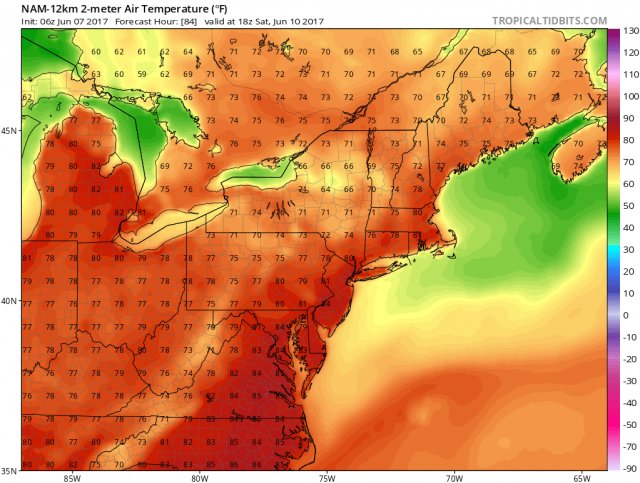 Weather will be improving for the 2nd half of the week as high pressure will begin to build into our area. Clouds will still dominate for Wednesday as cool winds off the ocean will keep temperatures in the 60s. 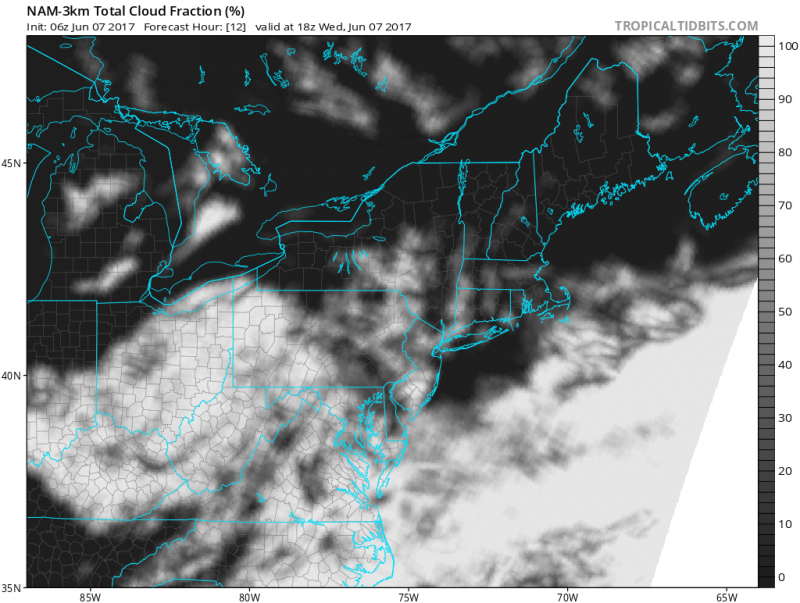 Thursday a low pressure system will move up the coast which will keep us on the cloudy side again but the good news is that it will be far enough offshore to keep us dry. Onshore winds will keeps us cool again with highs in the 60s. 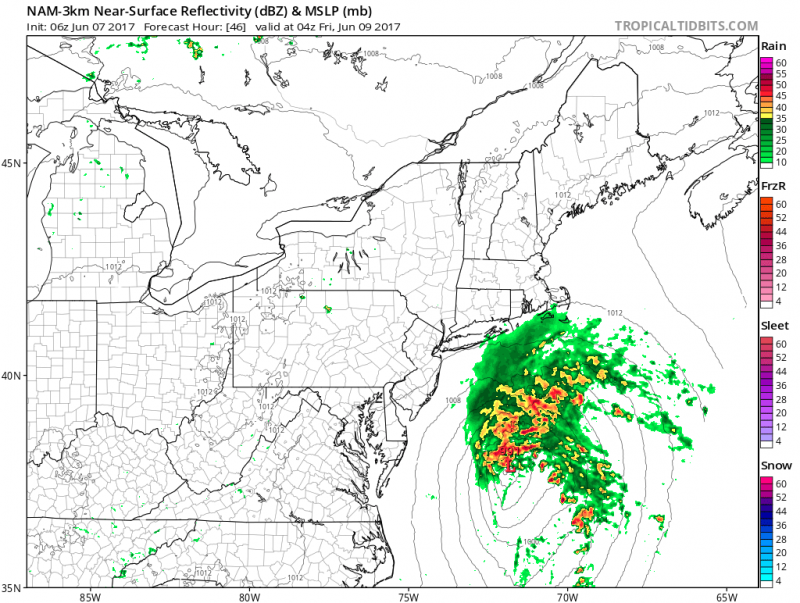 The warm up begins as high pressure builds in. Plenty of sunshine and westerly winds will boost temperatures into the mid 70s. 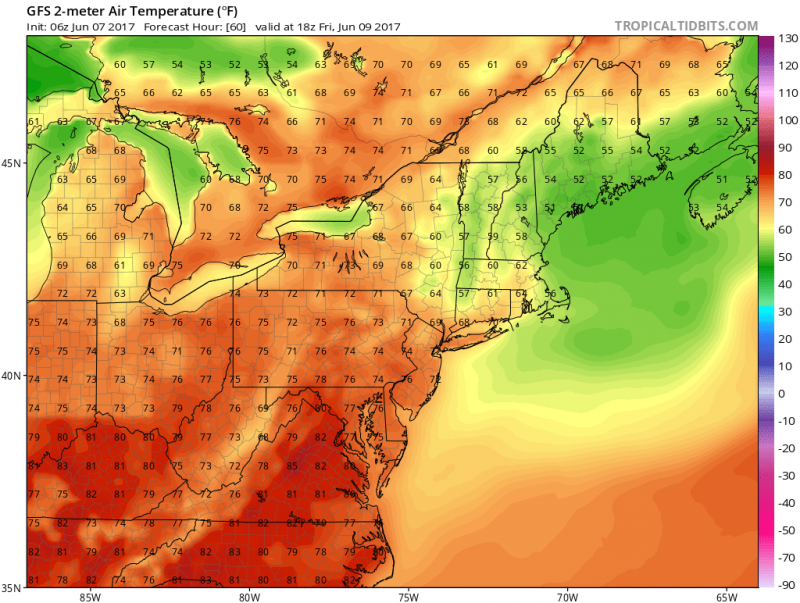 The remainder of the weekend will stay warm & dry! Temperatures inland will climb into the upper 80s and around 80 along the beaches. UV index will be very high. Ocean temperatures are still running in the low 60s. 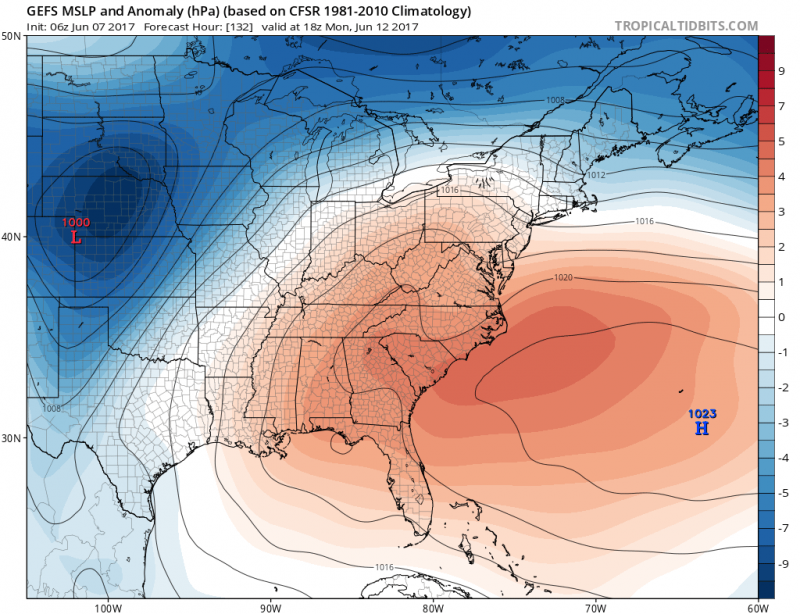 Computer models show strong high pressure in the Atlantic Ocean which will allow heat and humidity to dominate the East Coast.(Courtesy:tropicaltidbits.com)

Heat & humidity settle in for early next week as a Bermuda High anchors itself offshore. Southwest winds will push temperatures into the low 90s across the Northeast with the beaches at least making in into the mid 80s. 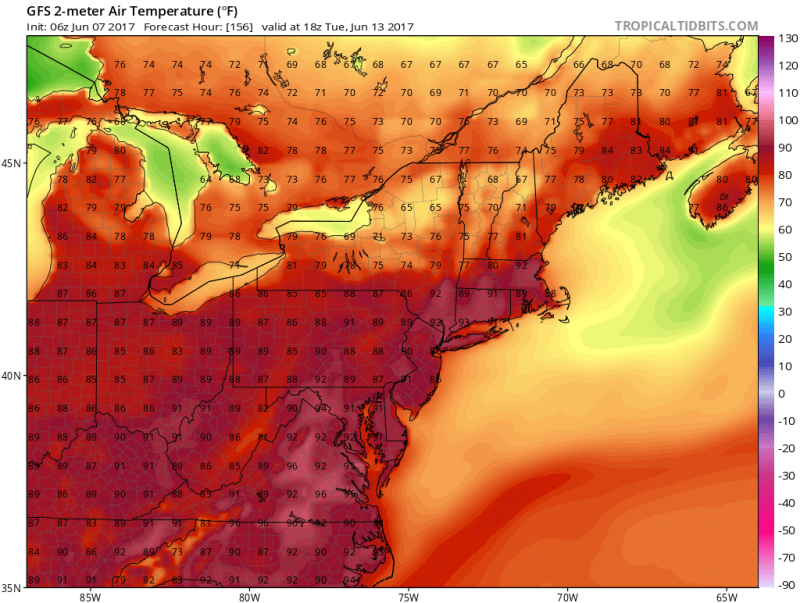 Forecast highs for Tuesday show the brunt of the heat on Tuesday with highs well into the 90s across the East Coast. (Courtesy:tropicaltidbits.com)