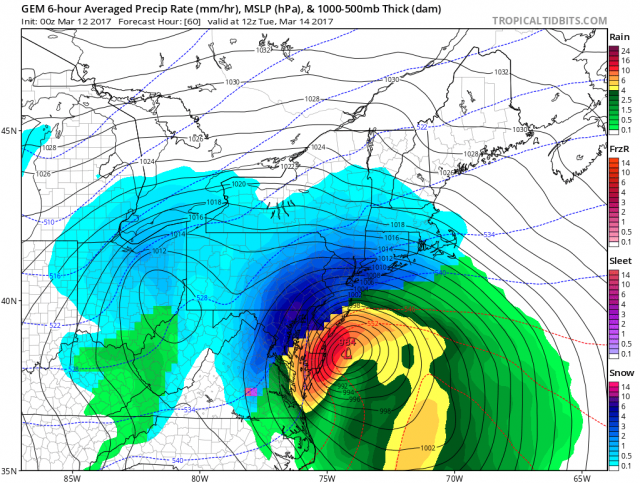 A major Nor’Easter is still set to hit our area late Monday Night into Tuesday. While a fine line between heavy accumulating snow and a rain/snow mix still exists, strong winds, tidal flooding and some beach erosion is expected for the coast. A Winter Storm Warning will be in effect for all of New Jersey except for Cape May County where most of the precipitation is expected to be in the form of rain. The highest amounts of snow will occur N&W of Philadelphia. Philadelphia and the rest of Southern New Jersey still has a chance of significant snow accumulations but will depend how much mixing occurs during the event. 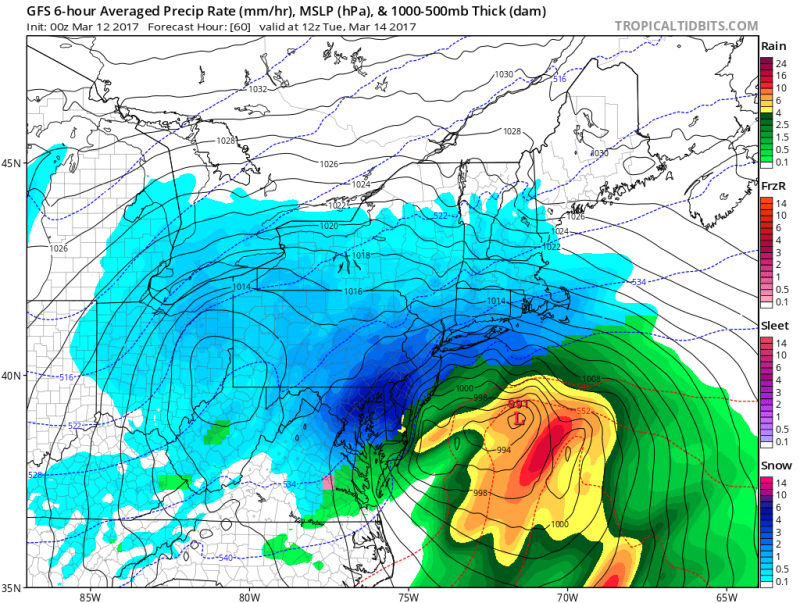 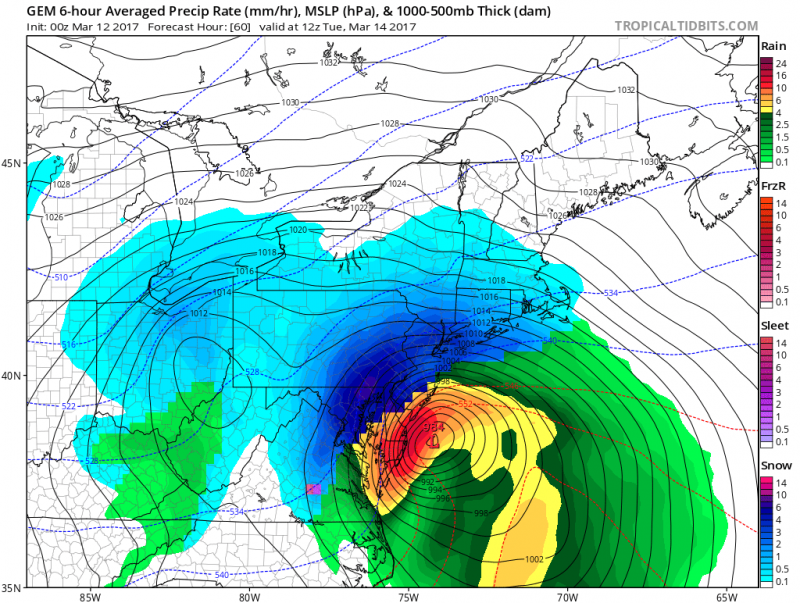 All models have rain changing to snow along the coast during the day on Tuesday before ending. 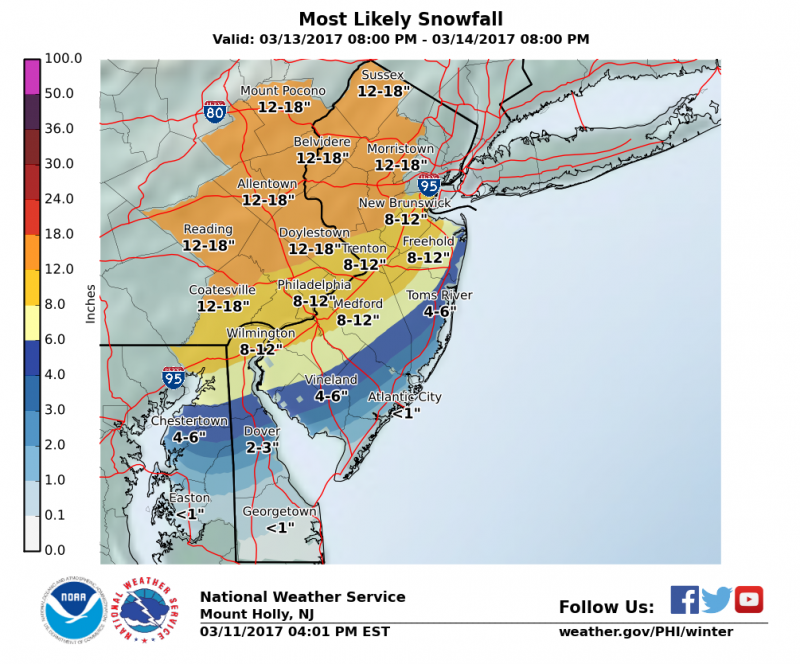 As the storm rapidly deepens off the coast, winds will increase early Tuesday morning from the northeast 25-30mph with gusts 40mph+. 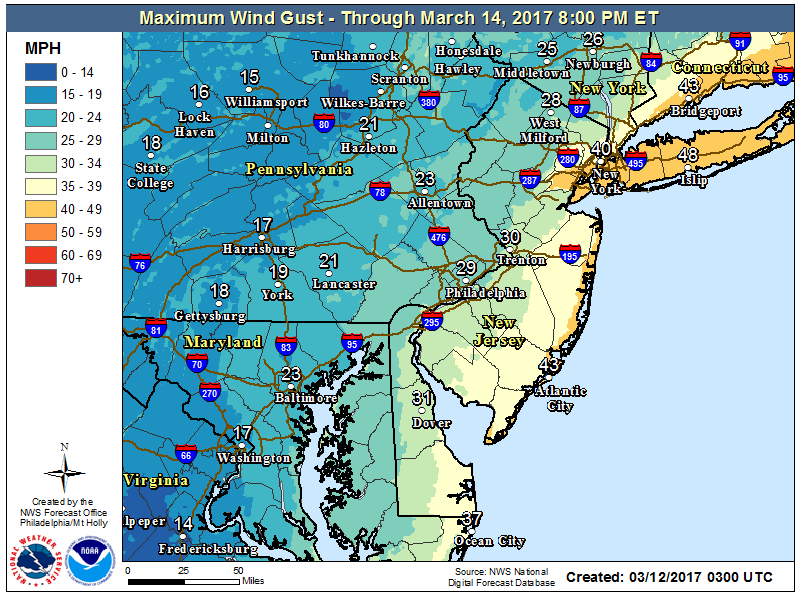 As with any Nor’easter, tidal flooding sometimes can be more of a concern then precipitation type. Minor to moderate flooding is expected during Tuesday’s high tides. Persistent onshore flow will push water into the bay causing tides to rise close to 7 feet Tuesday morning. Heavy rain could also add to the tidal flooding. Tuesday evening high tide could still should at least reach minor flooding but winds turning to the Northwest will help flooding conditions.

There is still a chance that snow total could still change due to a shift in the track. So stay tuned as we still have time to fine tune the forecast.