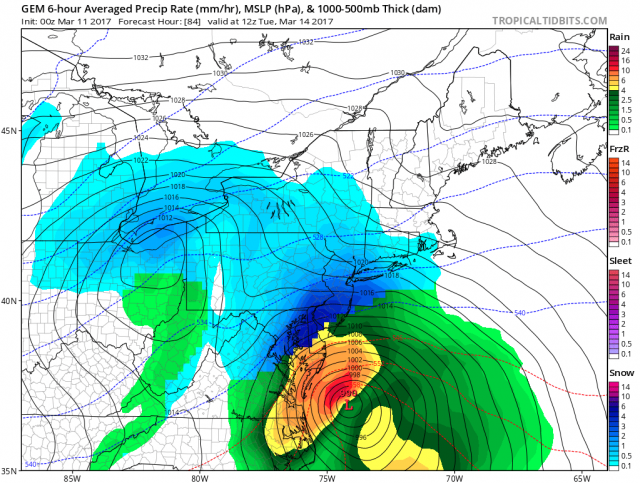 A frigid blast has settled into our area once again. Even though it will be mostly sunny through the weekend, bitter cold wind chills will make it feel more like January.

Saturday will feature gusty northwest winds and temperatures will struggle to get above freezing. Add strong winds of 20mph with gusts to near 40mph and will make it feel like its in the teens and 20s! 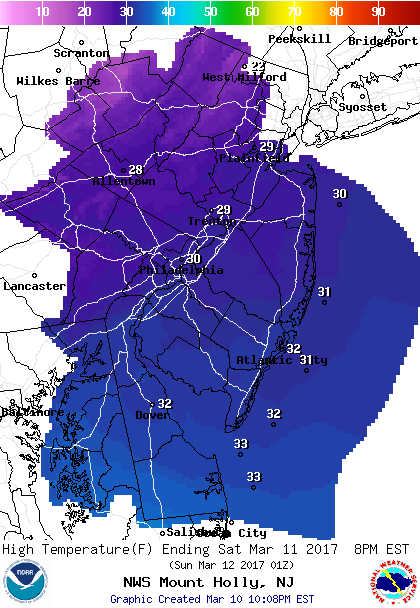 Brisk and frigid Saturday night as winds will still be busy around 15-20mph but not as gusty. Temperatures will bottom out early Sunday morning with lows in the teens with wind chills in the single digits. 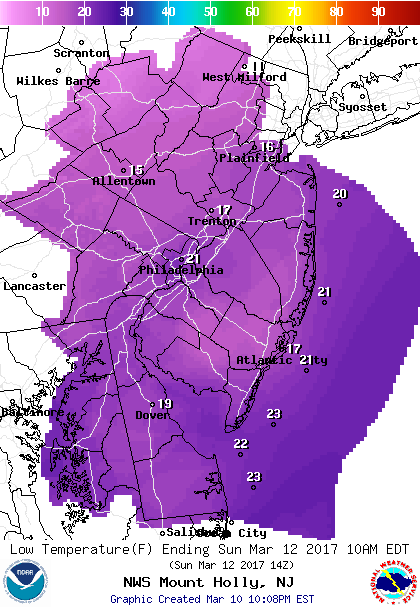 Very cold conditions remain for Sunday but with less wind. High temperatures will still hold in the mid 30s. 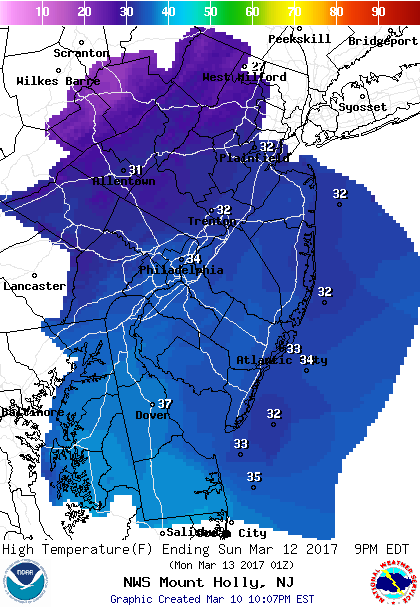 The big story we will be watching through the weekend is the increasing threat of a major Nor’easter for Monday night-Tuesday. Keep in mind..exact details still need to be worked out pertaining to how much snow/rain will see. The biggest question mark is the exact track of a storm when it develops along the Virginia coast. American computer models are showing that a track closer to the coast would major snowfall accumulations to occur across N&W of Philadelphia with mixing/rain cutting any snow totals for Southern NJ. 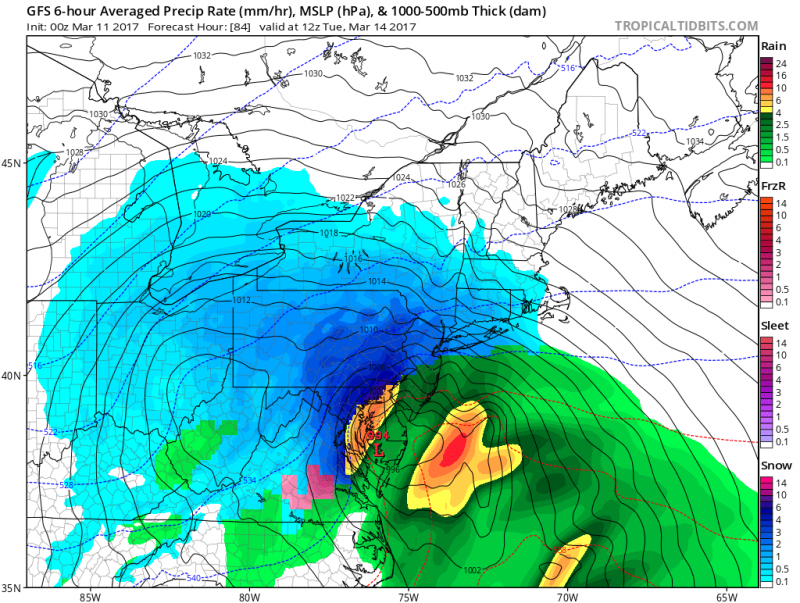 However, European and Canadian models are indicating a track further east which would result in less mixing and more snow. 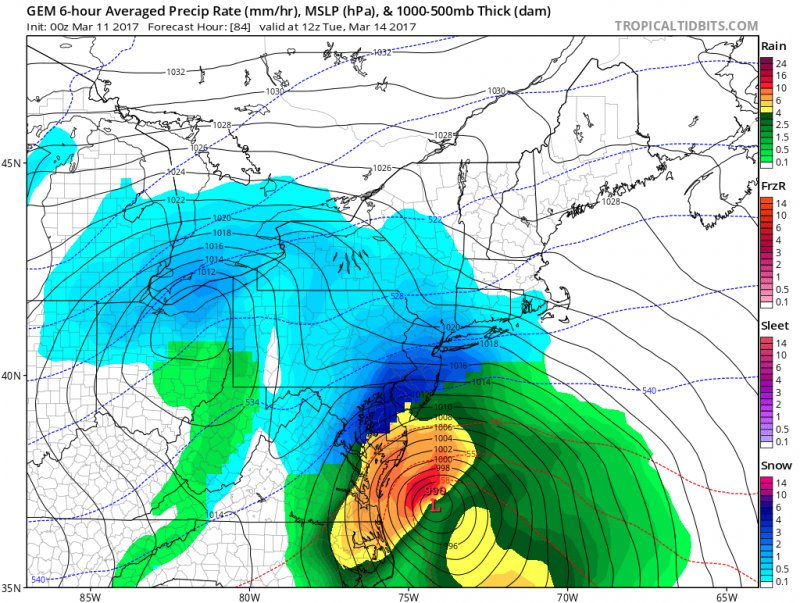 Canadian model shows snow changing to rain along coast but heavy snows across most of Southern NJ and Southeastern PA. (Courtesy: tropicaltidbits.com)

This has the potential to be a rapid developing coastal storm loaded with a lot of moisture. Regardless, be prepared for heavy precipitation (rain and/or snow), strong winds, beach erosion and coastal flooding due to the storm and astronomical high tides (full moon on Monday).

We will continue to watch the developments through the weekend.