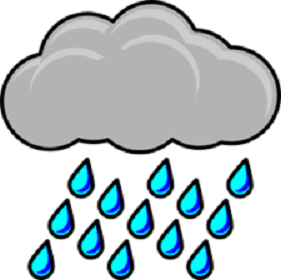 It was almost a year ago that we were dealing with a major coastal storm. The infamous Winter Storm “Jonas”, as it was called, dumped heavy snow then heavy rain along the coast with strong gusty winds and significant flooding. Now another coastal storm is set to bring another dose of heavy rain, gusty winds and flooding for late Sunday into Monday. Only this time, you don’t have to worry about the snow. 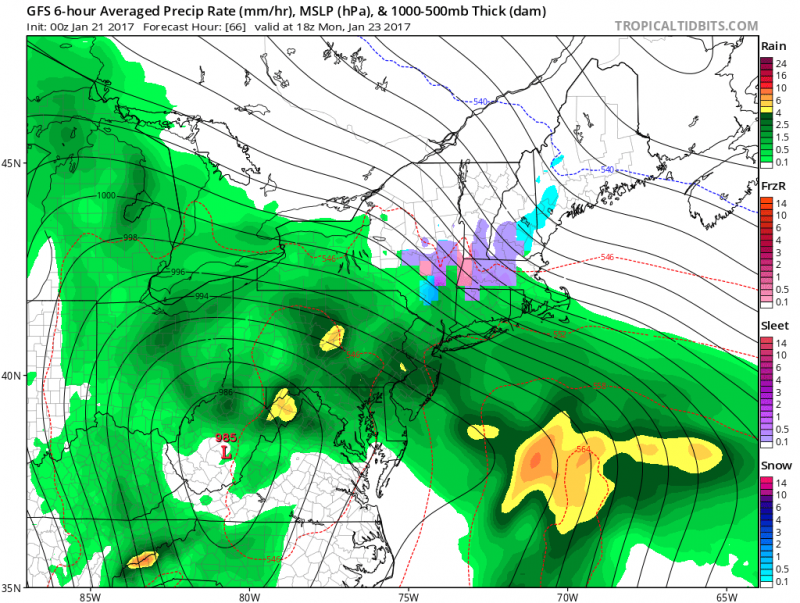 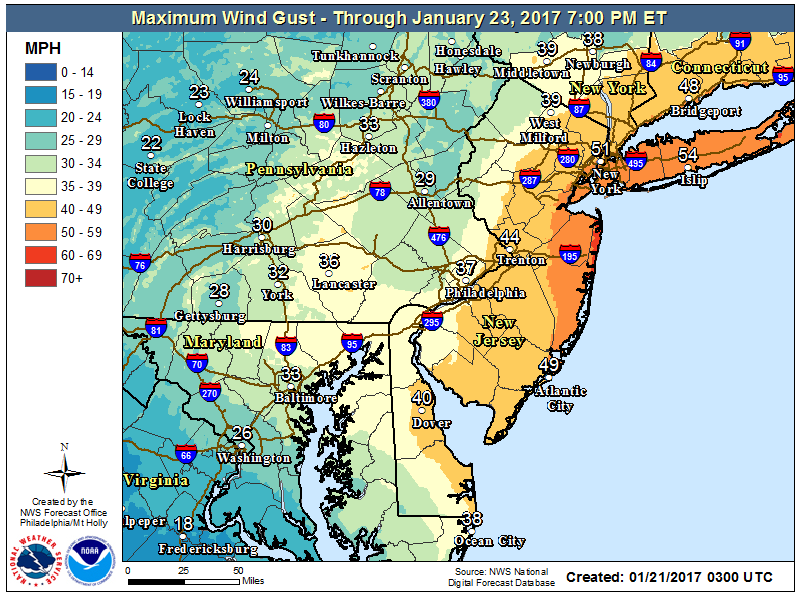 This will cause seas to build 7-12 feet with breakers along the coast around 5-8 feet. Water will begin to push into the bays and cause flooding during times of high tide. Fortunately, were are in a period of low astronomical tides so only minor flooding is expected at this time.

Flooding will occur as back bays fill up around 2 hours after high tide which will cause street flooding during Monday morning commute and also Monday evening.

Heavy rainfall will also add to the flooding concerns as 1″-3″ of rain is expected. 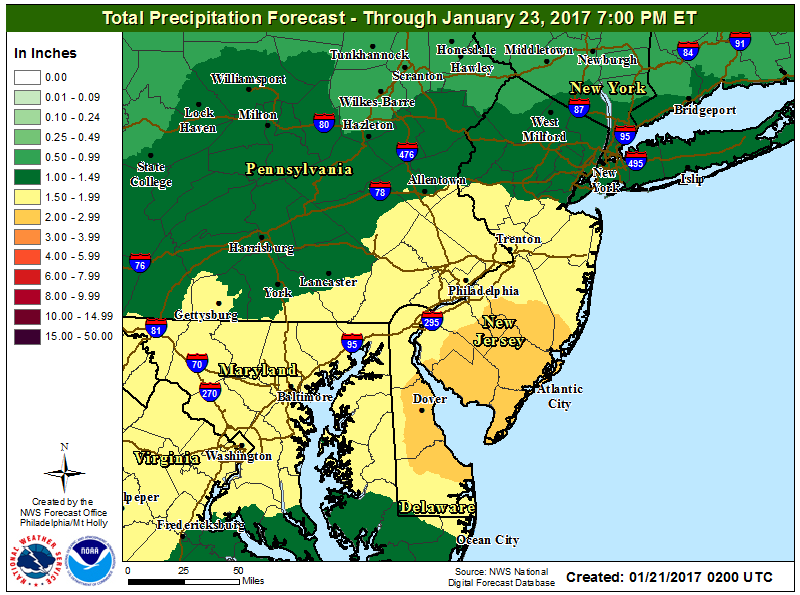 The wind and seas will decrease later in the day on Monday and especially Tuesday as the coastal storm lifts north and away from the coast. 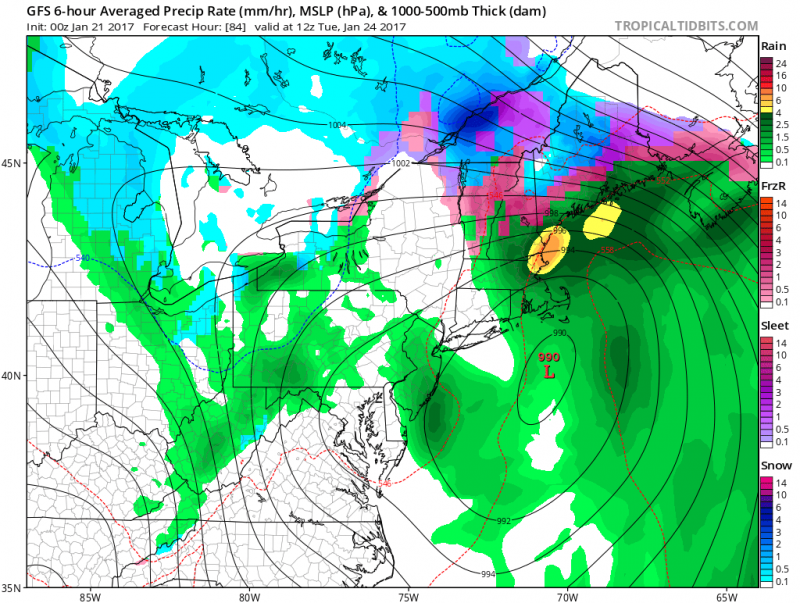 Rain will end Tuesday morning as the storm pulls away. Temperatures will continue to stay on the mild side with highs topping out around 50 degrees as we move into next week.