Even though the official start of winter doesn’t arrive until December 21st, our first blast of arctic air is set to arrive on tonight through the weekend. Our first blast of winter will cover much of the United States as frigid pool of air over Canada has spread south.  Last week, temperatures in Alaska have been as much as 30-40 degrees below freezing in some parts of the state for the last week.  This is not record breaking cold for us but with temperatures running at or above normal, it will still shock the system as highs will struggle to reach 40 by day and upper 20s by night. Winds gusting from the northwest will make it feel a lot colder. 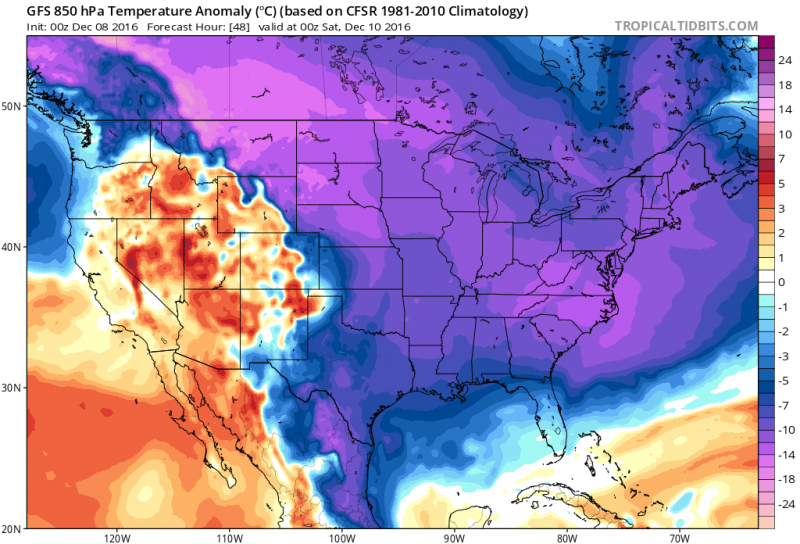 1st Blast of Arctic Air covering much of the U.S. into the weekend. (Courtesy tropicaltibits.com)

While this cold pool of air is not expected to last more than a few days, a reinforcing shot of arctic air will swing through next week and this second shot will be colder. 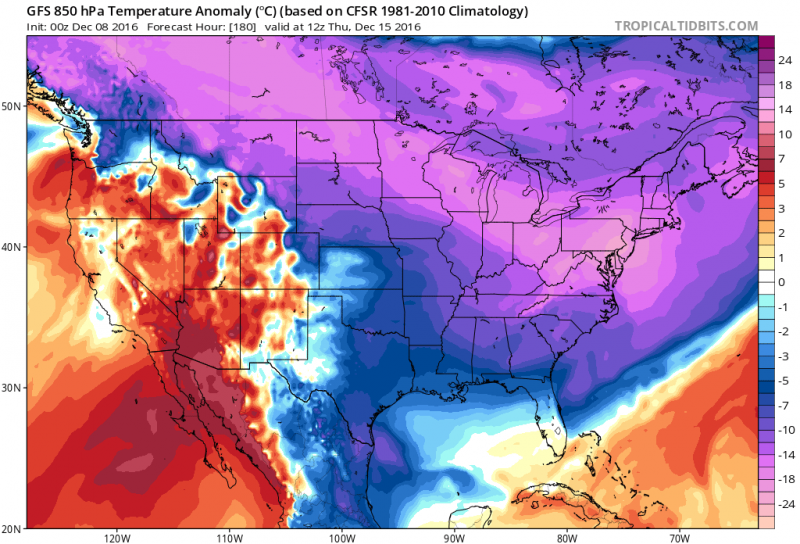 2nd and Much Colder Blast of Arctic Air returns to our area next week. (Courtesy tropicaltibits.com)

With the cold must come the snow? In this pattern, our two shots of arctic air will not last more than a few days in our area. By the time any moisture works its way into our area it will be ahead of a cold front and the existing cold pool of air with relax causing any precipitation to fall as rain. So with storm tracks staying to our west, the threat of any snow over the next week will be limited to flurries, rain ending as snow or a quick mix to rain. 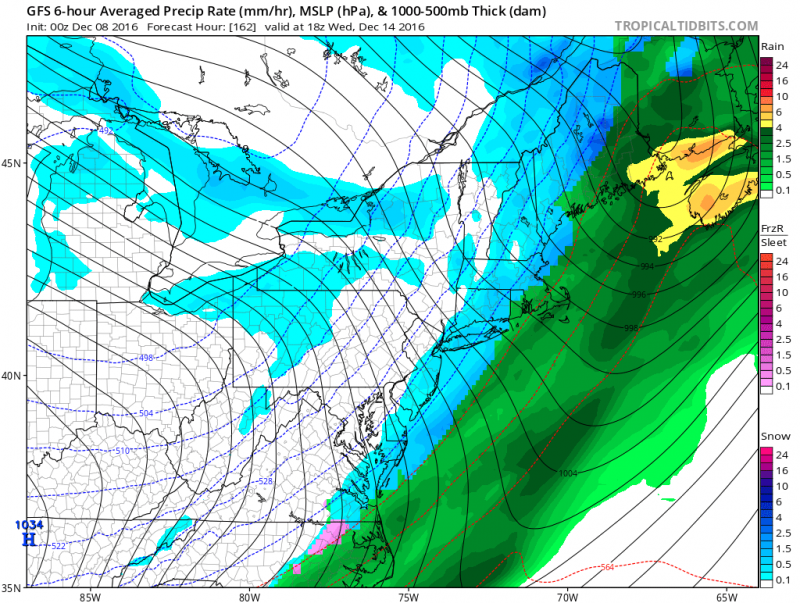 Coldest Days Through Next Week

Friday & Saturday- Highs close to 40 (Winds will gust to 30mph causing temperatures to feel like in the upper 20s during the day and upper teens by night).

Next Wednesday-Friday- Highs in the mid to upper 30s and lows in the lower 20s!

Early Look Into The Rest of December & The Holidays.

It’s possible we could see a couple more shots of arctic air but again with a more progressive pattern and no blocking, each shot will only last a short time, followed by temperatures returning to normal (mid 40s). Long range forecasts also indicate a possible return of temperatures into the 50s just before Christmas. No coastal storms are expected at this time, but we will keep an eye out for any changes.