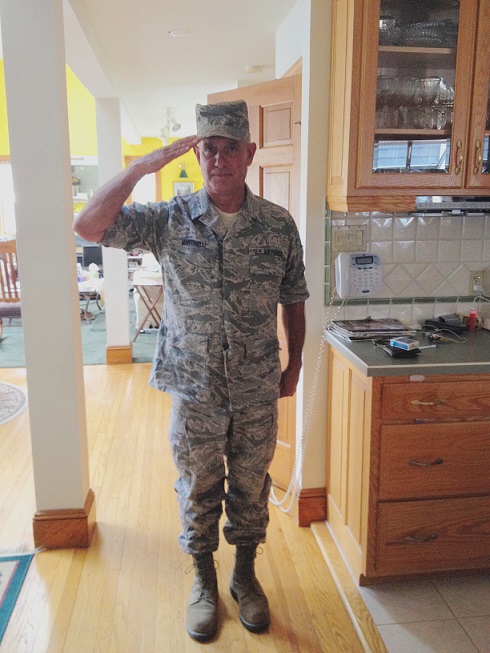 If you ask Emil Martinelli how he juggled his duty to his country, his civil citizen career and being a family man, he says, “when you’re motivated, you can do whatever you want.” However, he would never take all the credit himself. He declares that he owes it all to two things; the liberty one has to serve this country and the support of a stable career from Broadley’s, the local energy solutions specialists.

Emil graduated high school in 1969, the same year the Vietnam Lottery draft was in full swing. Nevertheless, he decided to serve his country at his own will in the New Jersey Air National Guard (NJANG). On June 10, 1969, Emil graduated and had only a few days to relax and celebrate his success. He was quickly met with his duty to boot camp in Texas on June 21. That August, he was released to return home to South Jersey for on the job training (OJT). This gave Emil just enough time before beginning OJT to squeeze in a concert with his brother; Woodstock. To his dismay, he had the shortest hair there. After their quick trip to New York, Emil served in the 177th Fighter Wing until 1975.

In 1983, Emil was able to begin his career at Broadley’s as the Service Manager. The routine of his nine to five was altered in 1991 in reaction to The First Gulf War. Emil describes it as his “patriotism being resurrected.” After 17 years in military retirement, Emil rejoined the NJANG at 41-years-old. He made the conscious decision not to sacrifice any aspects of his life, balancing his time between his responsibility to Broadley’s, along with extra training time on base.

Then, on September 11, 2001, a routine day of checks and training did not go as expected. Emil was on base in Pomona, NJ acting as the Weapons Shop Maintenance 3 Supervisor in the NJANG. He had just finished prepping the fighter jets for their regular morning routine flight and was ready at the end of the tarmac to give the pilots the salute for liftoff. As soon as he heard on the radio “Red Ball, Red Ball. Back to the shop!” the aircrafts had to turn around. They quickly replaced their practice munitions for active air-to-air munitions. His life, everyone’s life on that base and everyone’s life in our nation had changed that day. At the time, Emil’s son was only 16-years-old and a senior in high school. He had always had his sights set on joining the military after watching his father on NJANG duty. On that day, he became absolute on following his father. Emil, his son and his son’s best friend from preschool went on to work in the Weapon’s shop on base. They all even completed a temporary duty in Qatar together.

Intermittently between active deployment and routine time on the base training others, Emil was promised his previous job at Broadley’s. He was welcomed back with open arms after his recommitment to his service with a promotion. Emil’s impressive character can be seen in several milestones throughout his life, including rising in the ranks from a three-striper to an E9 slot, in addition to earning his third-degree black belt. All the while, this month marks his 33-year anniversary with Broadley’s. He is well assessed in just about every department and is currently a vital, full-time member of the team. Emil has worked with several other veterans, current and past employees at Broadley’s, including Eric Cherry, Bill Hernisey, Lee Weed and Matt Burke. Perhaps Broadley’s is such an integral part to employing military personnel because of its original founder, Gam Broadley, who joined the Marine Corps in reaction to the attack on Pearl Harbor and served in active duty during World War II.

To all the men at Broadley’s who have served, and the men and women around the world who have served and are serving on behalf of our country, we say a special thank you. While we encourage celebration of our veterans every day, we urge you to take an extra moment this Veteran’s Day to reflect on all those who have sacrificed their lives and time with their family to serve our country. There is a lot to be admired by those who have the ambition and heart to serve. Whether it’s by cooking a meal for a vet, volunteering time to convene at your local VA or expressing gratitude by simply saying thanks, any act of appreciation will leave a lasting impression that our veterans deserve.