Muscle cars and hot rods commanded the attention of car buffs who ogled the classic autos and trucks that paraded down the Ocean City Boardwalk on Saturday.

There was a whole lot to look at and a whole lot of work that went into restoring some of these beauties.

Some stood the test of time, being garage kept and needed just some minor restoration work.

Others became a multi-year restoration project for some passionate car lovers.

But whatever the story, these cars were proof that being over 50 can really be a good thing.

Fred Fischbach, of Cherry Hill, cruised with his buddy, Bob Goodman, in his 1960 Ford Starliner along the boards.

He certainly captured the attention of crowds, some of whom snapped cell phone pictures of his car.

It could have been the brilliant red paint job that gleamed, or the cool, straight lines of the classic car.

It also could have been the six years Fischbach spent transforming the car into how he wanted it, in what he described as a “restoration remod,” a restoration with some modern touches.

“I bought it in Chicago. I found it on the Internet,” he noted. “I love the car. It was a lot of work but it was worth it. I spent a lot of time in the garage.”

His wife, Maureen, he noted, capped him at three vintage cars. He also owns a 1964 Ford Galaxy and a 1960 Ford Sunliner that he is in the process of restoring. It is the convertible version of the Starliner.

While Fischbach bought the cars, fell in love with them and is happy to keep them, there were also some car buffs willing to sell their autos that were in the show.

Mike Heim, of Ocean City, moved to the resort with his family full time and is ready to part with his Chevy El Camino, despite loving his 1967 ride.

“There just isn’t any room to store it, so I have to sell it at this point,” Heim said.

For $22,000, according to the sign in the window, the distinct looking car, with a pickup truck-style bed, could be yours.

And for anyone who wanted to feel the nostalgia that comes from growing up in the 80s and 90s, the Pontiac Trans Ams evoked some — remember when — feelings.

Bob and Lisa Ely, of Atco, N.J., brought their 9-year-old son Ryan for some fun on the Ocean City Boardwalk and caught the car show in between miniature golf.

“It’s got a nice V8 engine in it and a good restoration job,” Bob Ely, who is in the automotive wiring business, pointed out, as he looked at a black and gold 1982 Trans Am.  “It reminds me of the movie, Smokey and the Bandit, but it is a later model.”

Ryan looked at the wheels and the inside of the car and seemed intrigued.

While the Elys checked out the Pontiac, Kristen Curry, of Egg Harbor Township, and her three children, Patrick, 20, Emma, 14, and 10 year-old daughter, Morgan, enjoyed all things Chevy.

“We are all about Chevys,” Kristen said, as the kids smiled and then marveled over a 1965 Chevy Chevelle.

But there was more significance to the show for the Curry family, than just cool cars.

Kristen’s father, Michael Sheehy, of Somers Point, passed away in December of 2021. He was a car buff and collector, who spent time working on vintage autos.

“My dad was a grease monkey. We love the old cars because of the link to history,” Kristen Curry said. “My dad loved old cars. He recently passed away. The connection to the past and to him is so important to us.”

John DeAngelis, of Abington, Pa., and his father, Caesar, brought their 1956 blue and white Corvette to the show as they do every year. And every year it is a major favorite among attendees.

“For whatever reason, everyone loves that car,” John DeAngelis, said with a smile as people crowded around the Vette.

Some children rushed by and one stopped and touched the hood.

Neither John DeAngelis, nor his father, seemed fazed.

“My wife and I drive the car all the time,” John DeAngelis said.

Unlike Fischbach, DeAngelis and his father came across the car in a much different way and it was in a lot better condition when purchased.

“My dad and I sell toy trains. We were going to buy trains from a collector. He had a pole barn and all this equipment,” John DeAngelis explained. “The car was in there under a tarp. It sat for 25 years.”

While it needed some work, it was in pretty good condition, protected from the elements, he said. 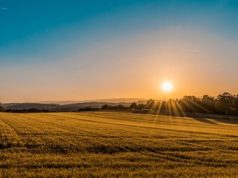 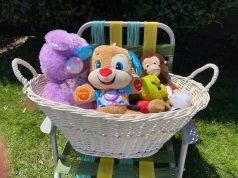 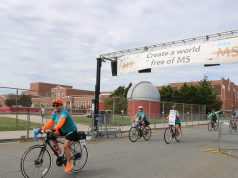 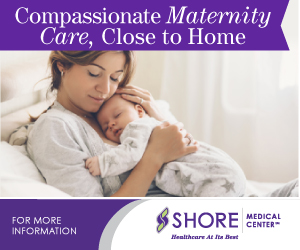 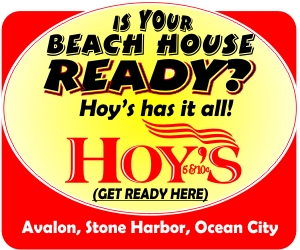