The Ocean City Tabernacle opens its summer season with bestselling author and radio host Eric Metaxas speaking on Sunday, May 30, at the 8:30 a.m. traditional service and 10:30 a.m. contemporary service.

Current health and safety guidelines will be followed for in-person attendance, and both services will be live-streamed on the Tabernacle’s Facebook page and YouTube channel.

Metaxas is the New York Times No. 1 bestselling author of “Martin Luther,” “If You Can Keep It,” “Bonhoeffer,” “Miracles,” “Seven Women,” “Seven Men,” and “Amazing Grace.”

He has authored more than 30 children’s books, including the bestseller “It’s Time to Sleep, My Love,” illustrated by Nancy Tillman. In a decidedly eclectic career, Metaxas has written for VeggieTales, Chuck Colson and the New York Times, three things not ordinarily found in the same sentence.

He is the host of the Eric Metaxas Radio Show, a nationally syndicated radio program heard in more than 120 cities around the U.S., and the founder and host of Socrates in the City: Conversations on the Examined Life, an event series of “entertaining and thought-provoking discussions on life, God, and other small topics.”

Metaxas has also been featured as a cultural commentator on CNN, MSNBC and the Fox News Channel.

In 2011, he was the 17th recipient of the Canterbury Medal awarded by the Becket Fund for Religious Freedom. He has been awarded honorary Doctorates from Hillsdale College, Liberty University and Sewanee: The University of the South and he is a Senior Fellow and Lecturer at Large for the King’s College in New York City.

For a full schedule of speakers, concerts, conferences and other events at the Ocean City Tabernacle, visit octabernacle.org.

Located at 550 Wesley Avenue, the Ocean City Tabernacle is “a family ministry center where the Gospel of Jesus Christ is central.” 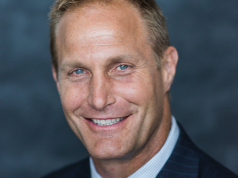 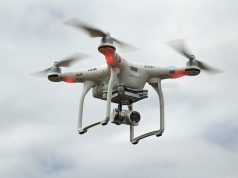