World famous aviator Amelia Earhart once said, “Adventure is worthwhile in itself.”

Adventure is ingrained in writer, director and film producer Chad Cohen’s psyche, along with a love of history and science that rubbed off on him from his father, former mayor, historian and Longport Historical Society founder Michael Cohen, who passed away in 2016.

“I was in eighth grade when he wrote the history book, ‘The Way We Were’ during the borough’s sesquicentennial,” Chad Cohen said. “His telling stories about Longport, such as what happened to the first 11 blocks of Longport, stuck with me.”

Cohen’s latest adventure is the production of a National Geographic documentary about Amelia Earhart that premiers 8-10 p.m. Sunday on NatGeo and in 172 countries and 43 languages.

“My dad was obsessed with Amelia Earhart, who vacationed in Longport when she was four years old,” Cohen said.

There’s a photo of little Amelia standing beside a surf boat in the Longport Historical Society Museum. Although the Atchison, Kansas, museum where Earhart grew up said she was vacationing in Cape May, curator Mary Sue Lovett said local historians were able to identify three distinctive Longport homes – the McCullough, Remington and Lovett homes on 21st Avenue – in the background.

“It’s a heartbreak that he is not around to see the film,” Cohen said of his father.

Cohen, who studied molecular biology at Rutgers University and science journalism in graduate school at New York University, worked in a laboratory at Wyeth Research for a few years, but soon turned to the “powerful medium” of television where he has been going on expeditions around the globe and telling stories about human existence.

“Anyone who reads science is already engaged, but with TV, you can really grab people,” he said.

“Expedition Amelia,” is not Cohen’s first foray into filmmaking with NatGeo. He produced the multi-episode “The Greeks” in 2016, “The Human Family Tree,” “Incredible Human Machine,” and the epic tale of evolution in “When Whales Walked: Journeys Deep in Time.”

“I like communicating challenging topics and telling stories in new and exciting ways that are easy to grasp,” he said.

Cohen grew up on 17th Avenue in Longport, went to the Margate schools and graduated from Atlantic City High School. As a young scholar, he was captivated by marine biology. Living in a shore town, going to the beach and watching the waves endlessly lapping the shoreline, he often wondered how the world works.

“It definitely helped fuel my interest in science and nature,” he said.

Now, at age 46, he lives in Washington, D.C., with his wife and two children, and visits his mother Ellen in Longport several times a year.

“There’s no feeling like coming over the Longport bridge. It’s not enough to visit just a few times a year,” he said.

He has worked on filmmaking since 2000, mostly contract work with PBS, Smithsonian, and on and off for the last 16 years with National Geographic, he said.

His work in film has allowed him to go on several deep-water expeditions with NatGeo explorer-at-large Bob Ballard on his ship the Nautilus, “a crazy high-tech vessel” with two remote vehicles that can dive 14,000 feet below the surface of the ocean.

Ballard, the world-famous explorer who is best known for more than 150 deep sea explorations, including his discovery of the Titanic, Lusitania and Bismarck shipwrecks along with President John F. Kennedy’s PT 109, set out to solve the mystery of Amelia Earhart. Cohen worked with a science team and a film team to film the two-hour documentary during three expeditions – deep-water, near shore and on land.

“He is an inspiration and ‘good people’ doing good things for the Earth,” Cohen said of Ballard.

According to a National Geographic press release, Ballard and a group of Earhart experts, scientists and technicians conducted a month-long journey to the Pacific atoll Nikumaroro in August, where they used remotely operated underwater vehicles and autonomous surface vessels, bone-sniffing dogs and DNA sampling to investigate a potential campsite, hoping to solve “one of the greatest mysteries of our time.”

The U.S. Coast Guard and Navy scoured the area on land and sea for two weeks following Earhart’s July 2, 1937, disappearance, 43 days after she and navigator Fred Noonan took off from Oakland, California on an eastbound around-the-world flight aboard a Lockheed Electra L-10E.

Earhart’s husband George Putnam continued the search using private contractors, but eventually the U.S. government declared that the plane had most likely crashed and sunk into the Pacific.

Earhart made it across the southern states and across northern South America, central Africa, the Middle East, India, Thailand, Singapore and Australia before the Electra disappeared somewhere in the Pacific Ocean.

“Theories suggest she crashed in the ocean. There is circumstantial evidence that suggests that didn’t happen. For instance, there were radio calls that came in on her frequency after the day she disappeared that were detected by Pan Am,” Cohen said.

Then there’s the freckle cream and flecks of makeup and rouge that were discovered at the campsite, and everyone knows Earhart hated her freckles, he said.

“It’s a compelling, fun and enlightening story,” he said. “Before final cut, I had two endings ready to go.”

Cohen said Earhart was “ahead of her time,” not only breaking records in aviation, but “blazing a trail for women.”

The film bounces between her early childhood, both in color and in black and white.

“Most films about Amelia are about her disappearance, which was the biggest mystery of the 20th century. But she was famous before she went missing so there is a lot more of her story to tell,” Cohen said.

Cohen has two more projects lined up with NatGeo. No doubt, there will be adventure.

“Every film is like the first one,” he said. “This is a job I won’t easily retire from.” 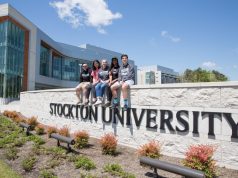 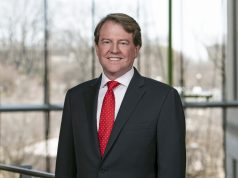