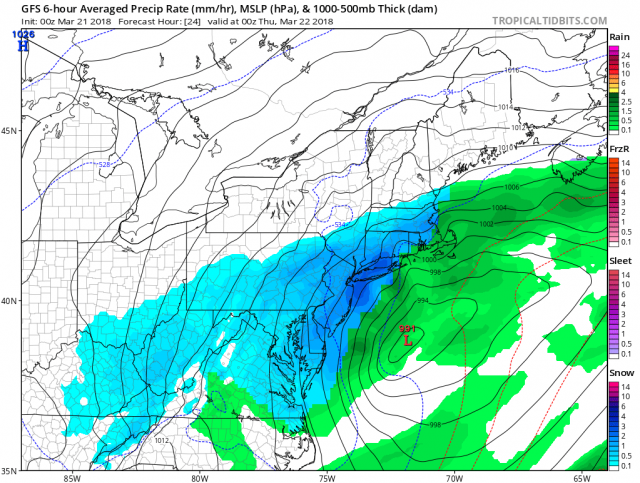 Another nasty day as a powerful Nor’easter takes shape off the coast. High winds, coastal flooding and heavy wet snow will be the main impacts of the storm for our area.

Any rain/mix will change over to all snow in the afternoon and is expected to come down heavy at times. Despite being late March, the snow will be coming down heavy enough to accumulate and temperatures will remain in the mid 30s. The heaviest accumulating snow will occur through much of interior Southern NJ where up to a foot of snow is possible in some locations. Along the coast, we will see at least a few sloppy inches to as much as 6″ if we receive a burst of a heavy snow band and thundersnow. 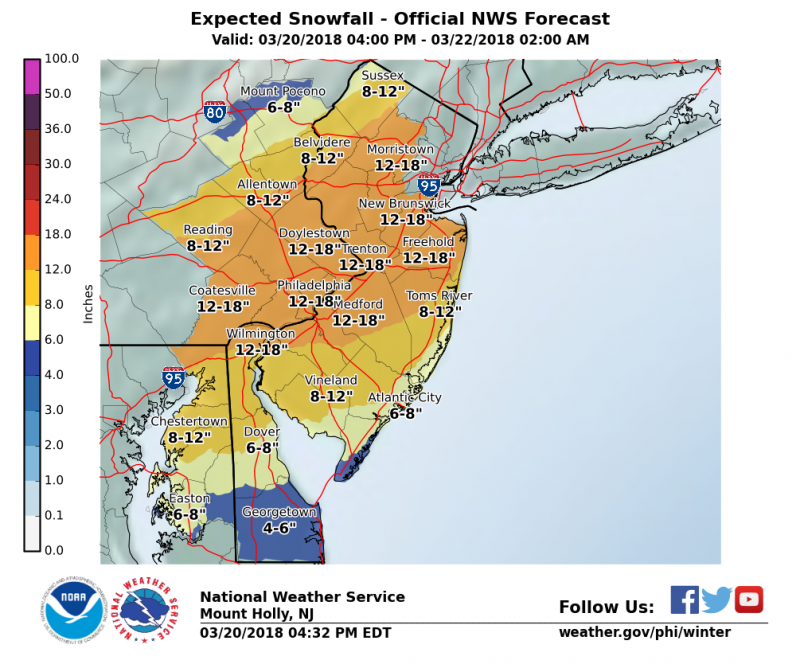 Winds will continue to from the northeast early in the day around 30mph with gusts to around 50mph. 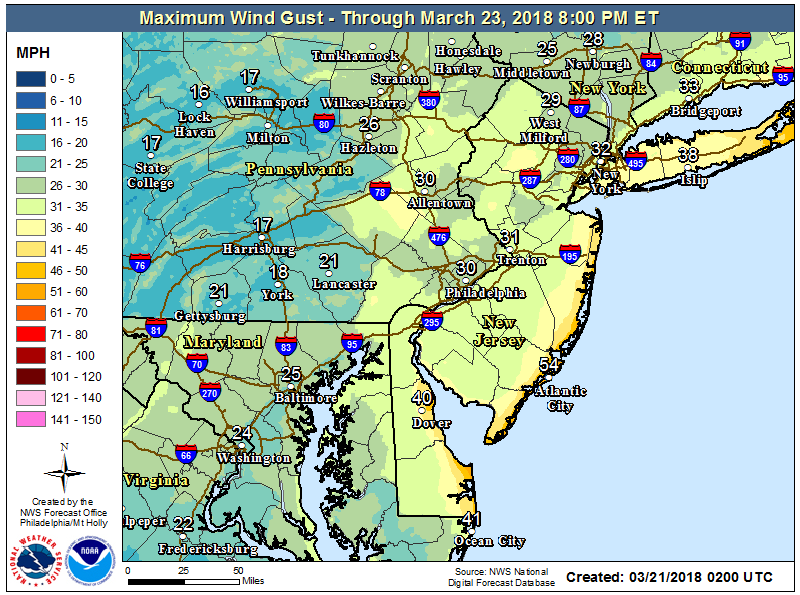 As the persistent northeasterly wind continues, water will continue to pile up. Storm surge on Wednesday is expected to be 2.5-3ft causing moderate beach erosion and roadway flooding. High tides will be around noon and again at midnight rising between 6 & 7 feet. Back bays will fill up early afternoon and overnight hours causing moderate flooding. The usually areas along West & Bay Avenues will flood and will become impassable. Avoid driving through those areas as the water will be deeper than you think.

Snow will taper off overnight and skies will begin to clear on Thursday as temperatures climb into the 40s. Remember late March snow will be quite heavy to shovel due to the high water content. Even a few inches will be difficult to move, so be careful.