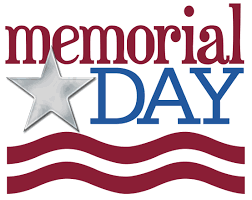 The Memorial Day Weekend featured periods of sunshine, clouds and even rain, but overall it was a decent weekend. Now for the finale. Memorial Day will start a bit wet but improving weather the rest of the day. 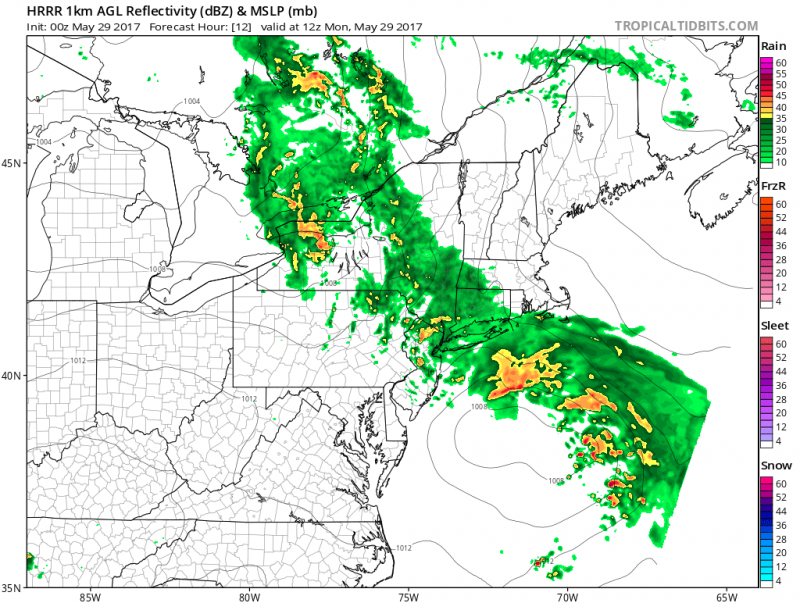 Showers will depart early in the morning as a front moves through. It will be on the cloudy side with more breaks of sun as we move later in the day. Temperatures will stay in the 60s as light easterly winds continues to keep us on the cool side. 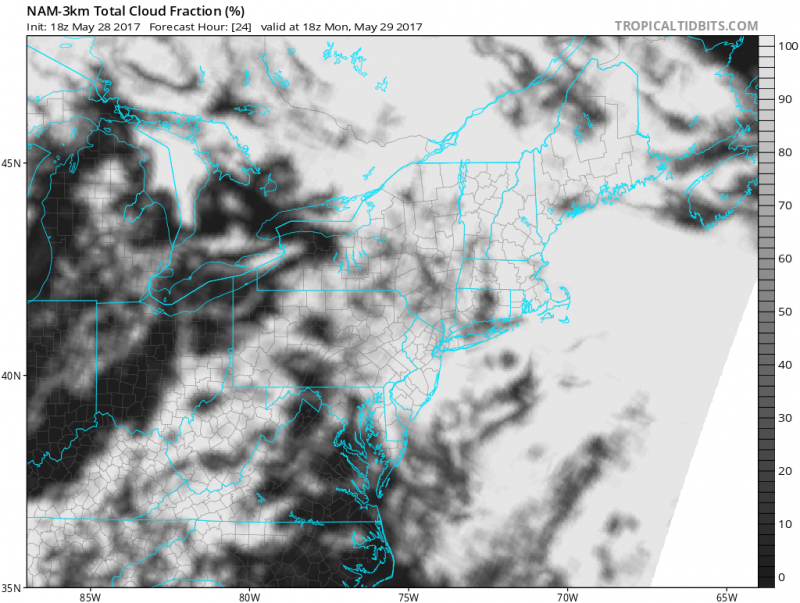 Satellite forecast shows clouds hang around but some breaks are possible later in the day. (Courtesy:tropicaltidbits.com)

Waves will be around 2-4 feet and ocean temperatures will be in the low 60s.

A mix of clouds and sun for your Tuesday and Wednesday along with the threat of a few showers or t’storms a frontal system tries to move through. Brighter days ahead for the 2nd half of the week as high pressure will finally build in giving us plenty of sunshine and warmer temperatures. High temperatures will be in the upper 60s on Tuesday, near 70 on Wednesday and into the low 70s by Thursday. 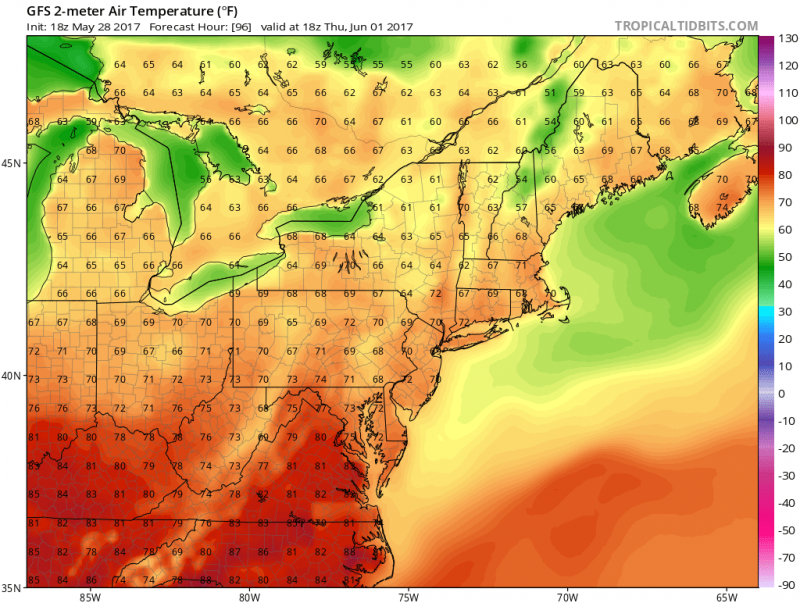