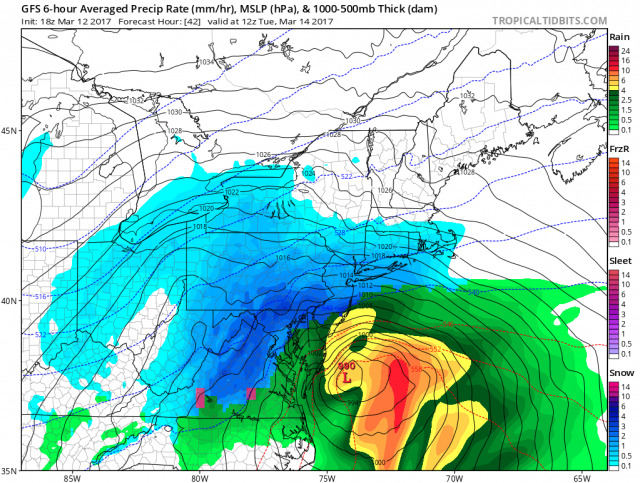 A major Nor’Easter is still set to hit our area late Monday Night into Tuesday. Models are coming together on a powerful storm which will feature heavy rain, some snow, strong winds, tidal flooding and some beach erosion. The highest amounts of snow will occur N&W of Philadelphia. Philadelphia and suburbs of Southern New Jersey could still receive a significant snow accumulations but will depend how much mixing occurs during the event.

A mix of snow and rain should arrive late Monday night (Around Midnight). Temperatures will rise to 40 overnight. 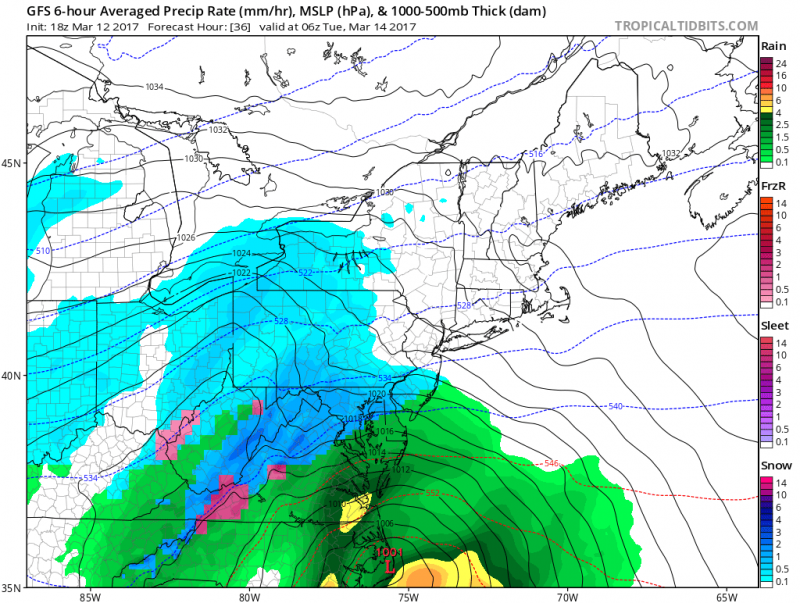 Any snow/mix will change to rain overnight and become heavy at times toward early Tuesday morning. 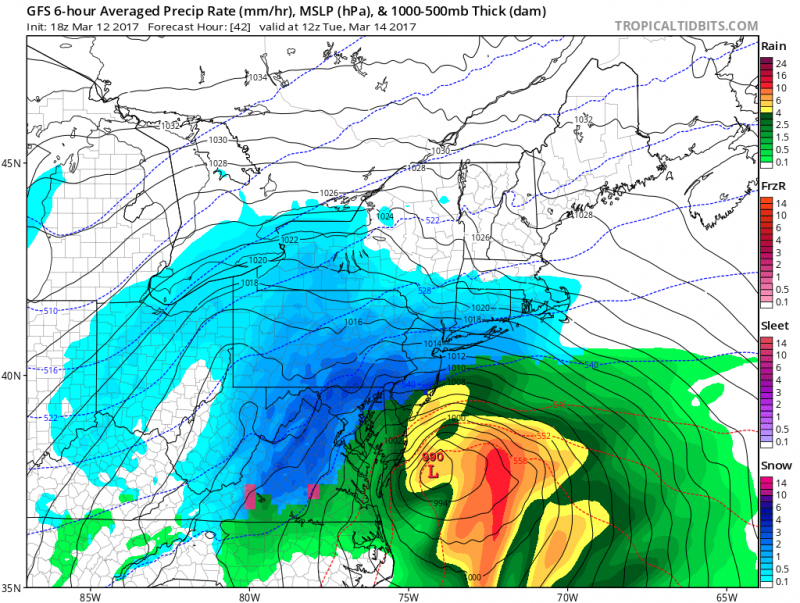 Precipitation is expected to change over to snow Tuesday late morning and then any snow should end during the afternoon as the storm pulls away and colder air comes racing back in. Additional snow showers are possible the remainder of the day. 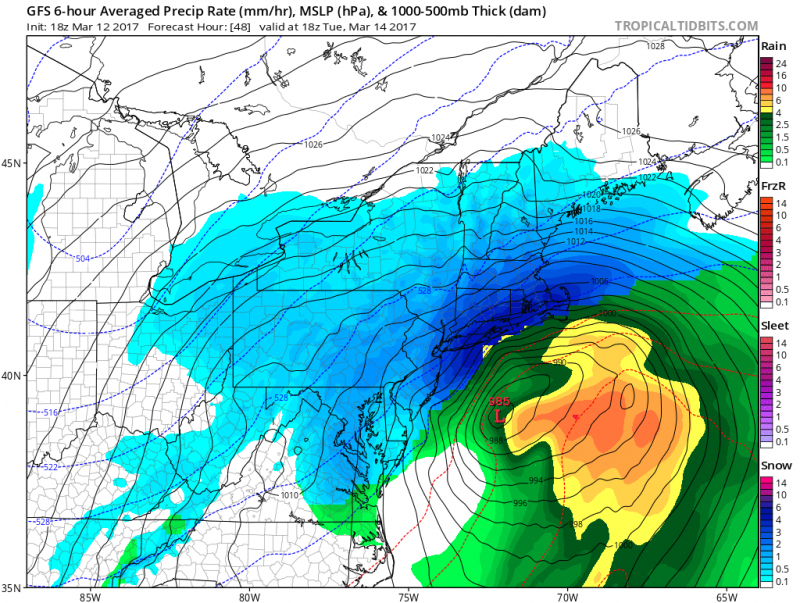 Just like the last Nor’easter in January, Moderate flooding is expected during Tuesday’s high tides. Please remember to move your car if you live in the typical flood prone streets. A Coastal Flood Watch is in effect as persistent onshore flow will push water into the bay causing tides to rise to near 7 feet on Tuesday morning. In addition, Heavy rain will also add to the tidal flooding.

Tuesday evening high tide could still should at least reach minor flooding but winds turning to the Northwest should keep levels close to the same or less than Tuesday morning’s tide.

Another major factor will be the wind. A High Wind Watch is in effect for our area for Tuesday as strong Northeast winds 20-30mph with gusts up to 60 mph are possible as the storm rapidly intensifies offshore. 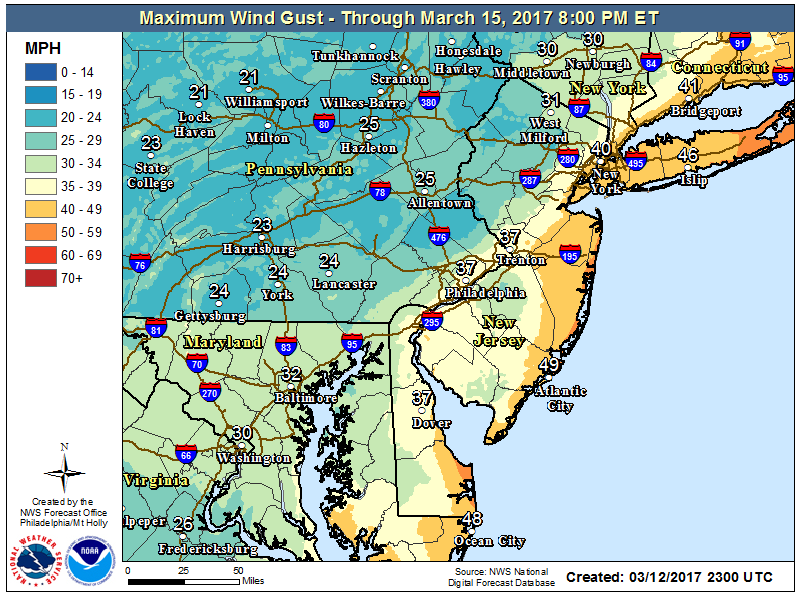 Expected snow amounts show a sharp gradient across Southern NJ. For us, the track of the storm will be close enough to keep us mainly rain. A changeover to snow as the storm pulls away could allow some accumulations along the coast. 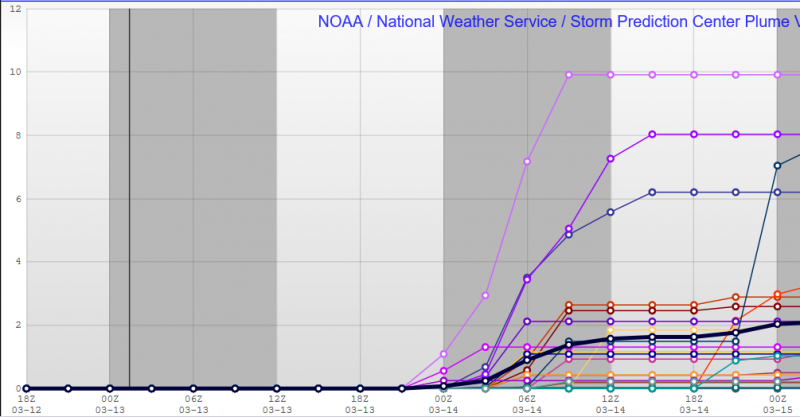 Most Ensemble computer models forecasts for snow totals for Atlantic City would be 3″ or less. 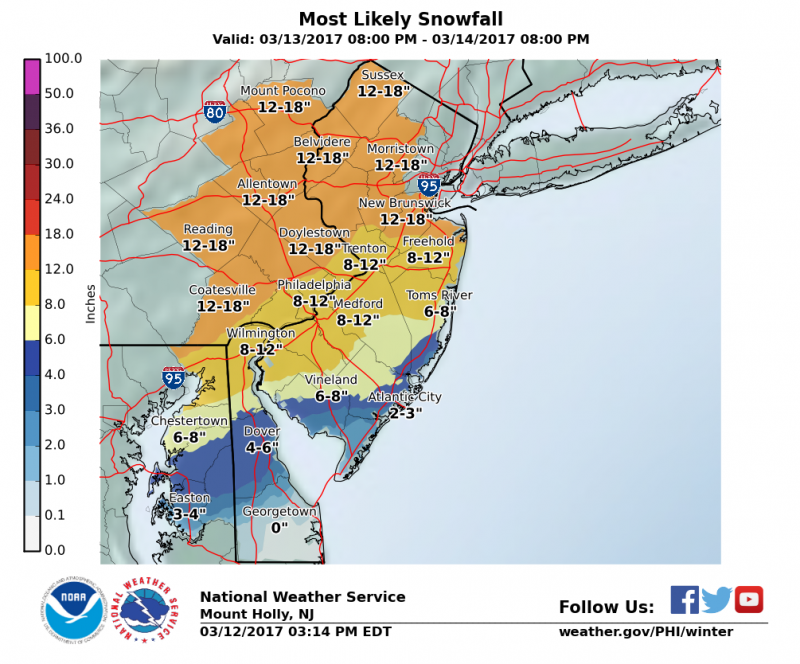 The highest totals over 12″+ N&W of Philadelphia with 8″-12″ possible across Philadelphia, Southern NJ due to possible mixing. If no mixing occurs (storm track further east), amounts across Southern NJ will be higher.

While snow will not be the major problem for our area, strong winds, heavy rain and coastal flooding will be. Travel is not recommended on Tuesday especially during the morning hours.